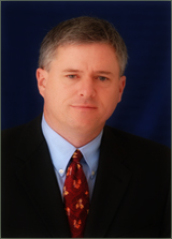 Robert Blanchfield attended high school in Fort Lauderdale, Florida and completed college at the University of Alabama. He attended graduate school at the University of Virginia and law school at Rutgers in New Jersey. Prior to practicing law, Mr. Blanchfield worked for a large brokerage firm in New York City and later as an economist at the U.S. Department of Labor in Washington D.C.

At the specific request of a business owner, Mr. Blanchfield has also assisted clients with estate planning, probate and the estblishment of trusts and other assets protection devices

Mr. Blanchfield is a regular speaker on employment, contract and other legal topics for several national educational organizations.   Mr. Blanchfield has published numerous articles on a variety of topics including the effect of imports on domestic prices.   Mr. Blanchfield was also a contributing editor of the Treatise on the Fair Labor Standards Act, a BNA Publication. The Fair Labor Standards Act or FLSA is the federal law which governs claims for overtime pay, unpaid wages and calls for proper classification of workers salaried or hourly.